Nothing very exciting to post on this one. Actually I never really know what to write about. I raced, it was hard, it hurt. Who wants to read that? I'd love to hear more about what you guys want to hear about.

First 10k since the same race last year when we ran on about 3 inches of ice the entire way.

This morning was beautiful and the temperature was perfect. Great to see so many friends and familiar Calgary faces on the start line. Congrats to everyone on a great race.

Rosemarie Gerspacher, my TRR teammate from last year, led the pack out, pushing the pace at 5:30 for the first mile or two. We hit the hill at 3k, which I'm pretty sure lasted for about 1km, or at least it felt that way. Grace, who won overall, took the lead on that hill and held it for the rest of the race, and while I didn't think I could do it, I passed Rosemarie part way up the smaller of the first two hills. One of Grace's teammates passed me at on the windy bike path along the Elbow river at about 7k and we raced side by side until the last mile when I decided to see if I had any kick in me even though I could feel my stomach coming up through my mouth. I surged ahead, certain that she would accelerate and out-kick me. But she didn't fight for it so I crossed in 2nd place with a time of 38.12 which is a PB for me by either 10 or 30 seconds. I can't remember. I would have loved to go low 37 but I'm still happy with my time on that course.

I had forgotten what it was like to race fast. So much of my training has been mileage lately, I haven't been doing much for speedwork. But it was a fun day. The Glencoe Club hosted a beautiful post race brunch, and there were a ton of great draw prizes.

Good start to the year after the Phoenix marathon. And while my Achilles are still really bad, I'm working to heal with Somer Willson's help at Marda Loop Sport Physio. Myron Tetrault had the same issue a few years ago, so today suggested I look at night splints. Sounds like torture. I love sleep. Splints? Really? Time off didn't work but I have some serious strength training to do and I'm hoping that will help.

The best part of today though was a run with Natalie and Jasmine. They've bee 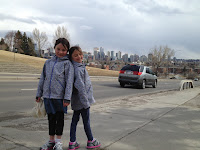 n begging me to take them running. I have never wanted to push it on them but they came to this on their own and have maintained interest over the past few weeks. So today we got them a pair of proper running shoes and jogged down to Riley Park, played for an hour, and ran home. They probably ran about 4k total. I was so proud of them. They've also decided that they want to be a part of Team MitoCanada and plan to run the Calgary kids marathon and raise funds for Evan. We'll take it slow and make it fun. I want them to love running for a lifetime.

A little less than 12 weeks until the Seattle marathon. Let the mileage begin.
Posted by Amy Golumbia at 9:02 PM 4 comments: 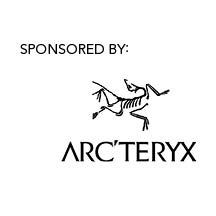